Your Guide To The Diesel Engine 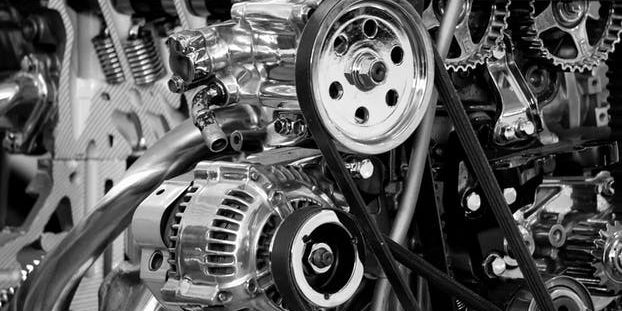 In one of our first articles we went over 5 amazing facts about diesel fuel. In today’s article, we will be continuing where we left off as we go into the specifications of the diesel engine. What makes them different from standard gasoline engines, and what role they play in the current economy. It’s not privileged information to know that there are a great many industrial vehicles and equipment that use diesel engines and fuel as a main source of functionality.

Why Is It That We Use Two Different Engines In Our Economy?

Diesel and gasoline engines are a lot more alike than you would think. Theoretically, they function the same; they both combust chemical energy for fuel. they both turn that energy into mechanical energy by moving pistons within a cylinder. This repetitive circular motion is what causes your wheels to move your vehicle forward. The difference in these engines is not their function exactly, but rather the way the fuel is combusted and how oxygen is involved.

For gasoline engines, air and fuel are injected into the combustion chamber together. Then they are both pressurized, finally, the fuels are ignited by the spark plug to cause the reaction. In diesel engines, the air is pressurized in the chamber before fuel is injected. As air temperature rises with the pressure once the pressure threshold is reached combustion is achieved and all the benefits that come with it.

The diesel engine differs in other ways as well, cylinders are larger to capture more air to be combusted. Because the temperature of air must reach a critical level for combustions to take place sometimes in colder weather it gets difficult to reach an appropriate level. Combustion engines contain what is known as a “glow plug”. These heating wires keep the combustion chamber at an appropriate temperature during the cold seasons when starting a diesel engine would fail from a Cold Start.

In a standard gasoline engine, the combustion process is as follows.

In diesel engines the four strokes are still the same, however, the introduction of fuel is delayed. 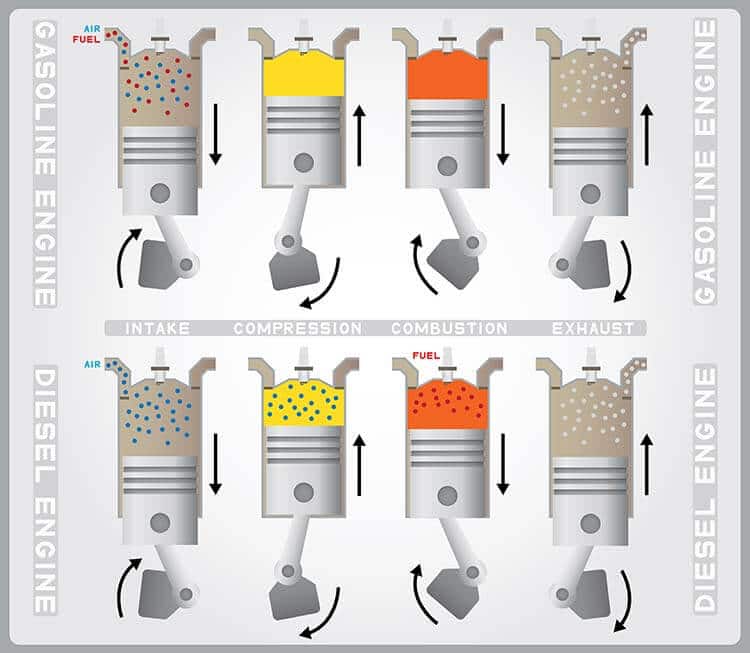 These mechanical differences are not the only thing separating the 2 engine types. The fuel itself plays a large part in the differences between the two engines. Diesel fuel still has the bones of dinosaurs floating in it. It's simply that regular unleaded gasoline has a significantly lower combustible temperature than diesel. Fuel is added much later in the combustion cycle for diesel fuel, during the 2nd rotation fuel is introduced to produce combustion that will complete the rotation and ensure energy is getting to your tires.

Created by Rudolf Diesel (where diesel gets its name from) the Diesel engine is a fascinating system of heat and moving parts that has revolutionized the landscape of the civilized modern world. Diesel accounted for about 21% of the petroleum fuels consumed by the United States and that number is expected to rise in 2018 and 2019. If you have enjoyed this, please consider subscribing for more about the fuel industry.

The Effects of Using the Wrong Lubricants
December 6, 2019

Please click the button below to login to the customer portal for fuel delivery, fleet card, and lubricant customers.

Please select the button below to login to The SoCo Group Customer Portal for invoices and/or statements.