State of Global Energy and Emissions. 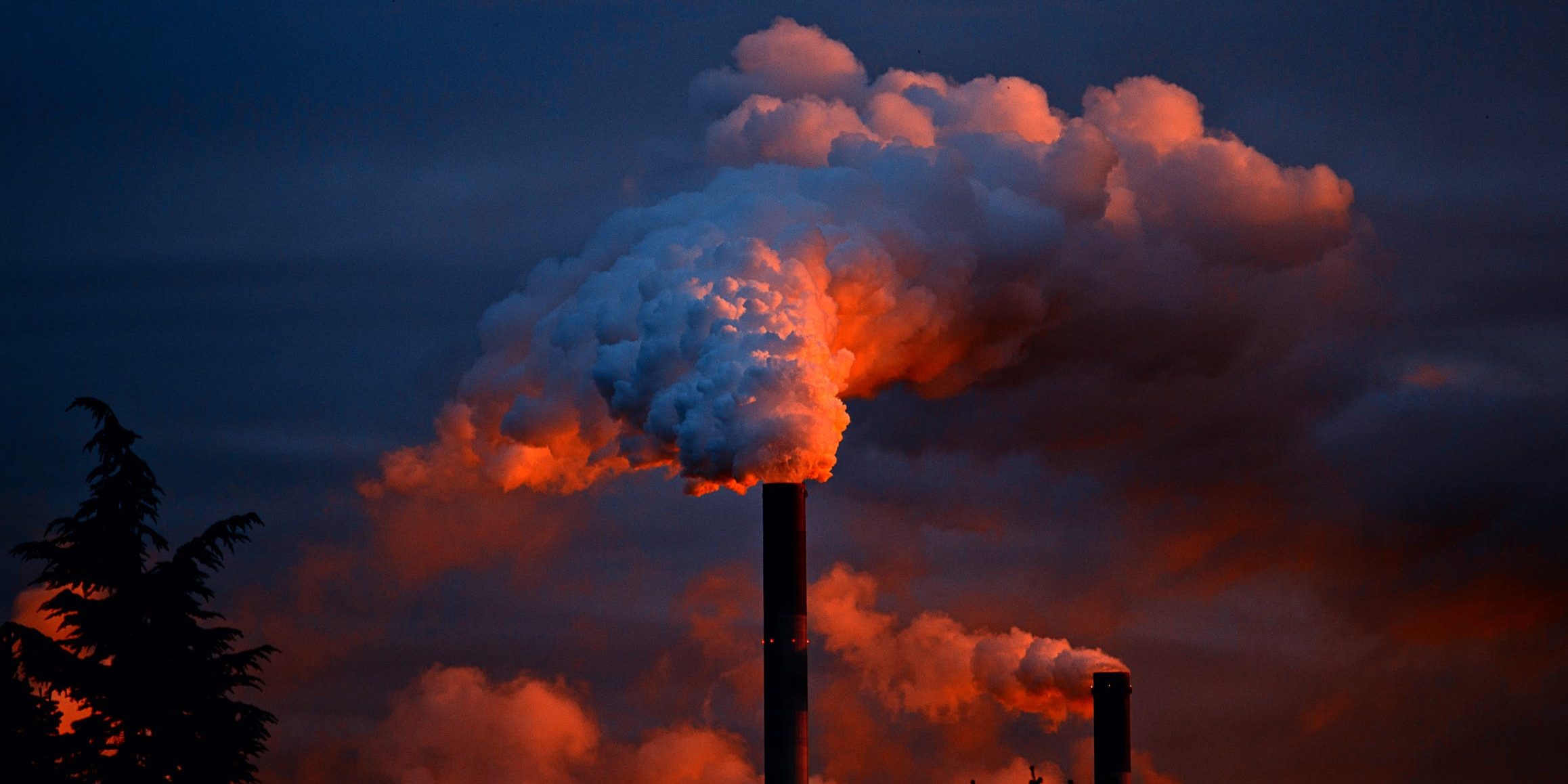 The IEA (International Energy Agency) has published their yearly Global energy report and it is showing some interesting developments, market changes, and growth. Today we will explore the data that is presented in the report, and detail as closely as we can. The report was published in March of 2018 with data that has been aggregated from different sectors of the energy industry. The reports key findings are as follows: 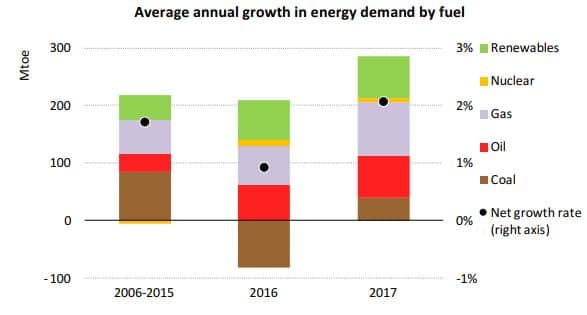 According to the report “Global energy-related Co2 emissions rose by 1.4% in 2017, an increase of 460 million tons (Mt) and reached a historic high of 32.5 Gt.” Last year’s growth came after three years of flat emissions and contrasts with the sharp reduction needed to meet the goals of the Paris agreement on climate change.” 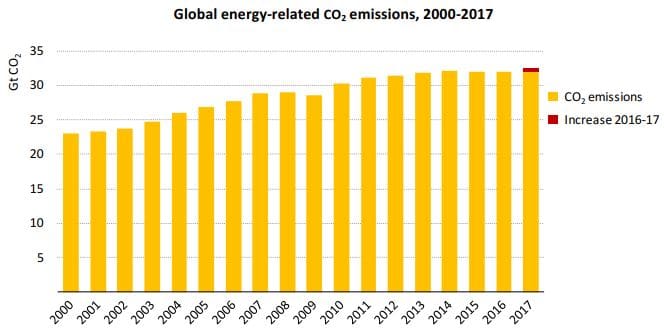 The increase in carbon emissions is a direct result of the 3.7% global economic growth, lower fossil fuel prices, and weaker energy efficiency efforts. These three factors were the main contributors to pushing up global energy demand by 2.1%, however, the emission growth trend was not universal. Although many major economies saw a rise in carbon emissions, some others experienced declines, such as the United States, the United Kingdoms, Mexico, and Japan.

Of all of the countries in emission decline, the biggest came from the United States by 0.5% or 25 million tons of CO2, marking the 3rd consecutive year of emission decline. In the United Kingdom, emissions dropped by 3.8% or 15 million tons to 350Mt, the lowest level on record since 1960. A continued shift away from coal towards gas led to a 19% drop in coal demand in Mexico, and emissions dropped by 4%.

Global Oil demand has risen by 1.5 million barrels a day (MB/d) since 2016. Since the price of oil dropped in 2014 there has been a trend of strong growth. The rate of growth in 2017 was 1.6% was much higher than the average annual growth rate of 1% seen over the past decade.

The IEA report contains more information on emission and alternative energy statistics. You can find the full report here. We hope you have found something valuable in our summary of the IEA report. If you would like to see more content that pertains to energy, oil, and our industry then consider subscribing to the SC Fuels blog.

Wholesale Gasoline in California and Beyond
June 25, 2022

SC Fuels Commercial Fleet Cards
June 21, 2022
Recent Posts
Archives
Categories
Go to Top
We use cookies to enhance user experience and to analyze performance and traffic on our website. We also share information about your use of our site with advertising and analytics partners. You can customize your cookie settings. Cookie Policy.
Accept All
Manage consent

This website uses cookies to improve your experience while you navigate through the website. Out of these, the cookies that are categorized as necessary are stored on your browser as they are essential for the working of basic functionalities of the website. We also use third-party cookies that help us analyze and understand how you use this website. These cookies will be stored in your browser only with your consent. You also have the option to opt-out of these cookies. But opting out of some of these cookies may affect your browsing experience.
Necessary Always Enabled
Necessary cookies are absolutely essential for the website to function properly. These cookies ensure basic functionalities and security features of the website, anonymously.
Functional
Functional cookies help to perform certain functionalities like sharing the content of the website on social media platforms, collect feedbacks, and other third-party features.
Performance
Performance cookies are used to understand and analyze the key performance indexes of the website which helps in delivering a better user experience for the visitors.
Analytics
Analytical cookies are used to understand how visitors interact with the website. These cookies help provide information on metrics the number of visitors, bounce rate, traffic source, etc.
Advertisement
Advertisement cookies are used to provide visitors with relevant ads and marketing campaigns. These cookies track visitors across websites and collect information to provide customized ads.
Others
Other uncategorized cookies are those that are being analyzed and have not been classified into a category as yet.
SAVE & ACCEPT
﻿